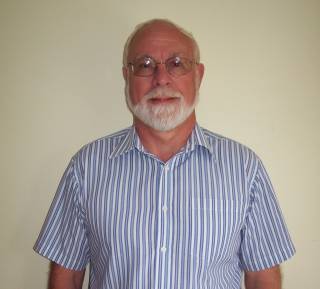 David Slade was born and brought up in Portsmouth before his job took him around the country in a number of postings before ending up working in Croydon. He qualified as a Fellow of the Chartered Insurance Institute and is a Chartered Insurer. He took early retirement in 2000 after 40 years in the insurance business finishing as Commercial Underwriting Manager for the South East with Norwich Union and now lives in Littlehampton.
Retirement enabled him to spend more time developing his long time interest in writing poetry along with his many other activities which include lecturing on naval history and being a trainer/examiner for the Royal Lifesaving Society through Horsham Life Saving Club.
He has contributed to specialist poetry magazines such as ‘First Time’ (edited by Josephine Austin) and ‘Dial 174’ (edited by John Claypole) and had a first collection of his work – IMAGES ON A SILVER SCREEN published by Q.Q. Press (Collections) in April 2009. ISBN 1-903203-791. Price £5 plus £1.50 P&P Available via Slipstream’s ‘Contact Us’ facility.
David likes where possible to use photographic images with his poems as can be seen in the example overleaf inspired by one of the 2008 Workshops which he ran on the subject of ‘Conflict’ – the development of war poems through the ages.

‘Images on a Silver Screen’

Review – Quantum Leap May 2009
‘As the title implies this lovely Collection contains many childhood memories, including a number on the flickering silver screen that was the backdrop to the lives of so many of us ‘of a certain age’. However there are love poems too and poems from around the world based on people and places David has come across in his life as well as ones which ‘marry’ love and verse’.

Review – DIAL 174 No 79 Autumn Issue 2009
‘ A new book from David Slade. I enjoyed it so much that I read all 40 pages in one sitting. A real must for anyone looking for a nostalgic trip down memory-lane.’

Inspired by the Slipstream Poetry Workshop on ‘Conflict‘ Led by David Slade 7th January 2008. Exercise in working from photos. We were asked to select an photographic image from a selection offered and then to write two poems, one in the 1st person and a second in the 3rd person.

This image is of the Conway Street area Landport, Portsmouth after the air raid on 10th/11th January 1941.

Up Close and Personal

This is where I lived until yesterday.
There. That one there – on the right.
Number 20. The one with no roof or upstairs
and our settee hanging from the window.
Where are my photos and my memories now?
Charred in the ruins – shredded into small pieces –
lying in the space that was Mrs Smith at number 18?
Today they lie reflected in the wetness of my eyes,
along with this stark image of total desolation.
Sometime hence these will just be memories,
when time has, perhaps, healed the gaping wound.

This was once one small part of my home town
and the photo was taken soon after the night
the fully laden German bomber crashed.
At least that’s what some people think happened.
Others say it was but a single land mine
exploding beneath its gently swaying parachute
that laid waste all below in one vivid orange flash.
Slates, rafters, bricks, furniture, life’s treasures,
memories strewn as far as the eye can see.
In a single blinding second they became history.
The very essence of this small community is now
naught but an indelible image in shades of grey.

© The Copyright for any original work appearing on this web site remains with the respective authors.

Please email us if you have any questions.